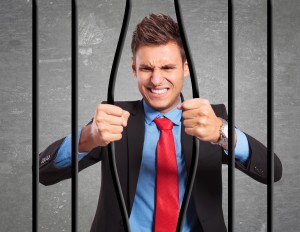 Ensuring fair compensation is one of the keys to retaining a nanny or other household employee. To combat the double threat of an employee feeling underpaid or being pursued by another family, employers must make sure that their employees are paid for all hours worked, including overtime, and that their wages meet their state’s minimum requirements.

Employers not following laws and regulations could find themselves facing penalties and even jail time. The following are examples of just some of the penalties for violating wage and hour laws in various states.

Employers not meeting the state’s wage report filing requirements are fined 0.1% of the total wages paid to an employee during the quarter. The minimum penalty is $34 and the maximum is $200.

Employers that fail to timely file tax reports are fined $50 for each occurrence. Each subsequent quarter in which the employer fails to timely file such report is considered a separate occurrence. Employers that are delinquent in paying taxes by the due date are fined by the Wage and Hour Division. (Penalties may be waived if the employer shows good cause for failing to timely pay taxes or file tax reports.)

Employers that fail to file reports within five days after the due date may be fined $15 plus other penalties.

Employers face a total penalty for late filing, ranging from $50 to the lesser of $10 for each $10,000, a fraction of the total wages paid during the period, or $5,000. Such penalties may be waived if the employer can prove that the failure to file is the first during the previous twenty quarters and that the amount of total contributions due for the quarter is less than $500. Penalty for willful failure to pay is 60% of the amount unpaid, but not less than $400.

Employers who file no quarterly reports are assigned the maximum tax rate, plus a 3% penalty. If an employer has submitted some, but not all, of the required quarterly reports, the tax rate is computed based on experience, with a 3% penalty added. If the missing forms are filed within a thirty-day grace period, the rate is recomputed and the penalty dropped. Missing reports submitted after thirty days but before one year result in a recomputed rate based on experience and a reduced penalty of 2% or no penalty, if good cause is shown. If the missing reports are filed after one year but before three years, the rate is recomputed, but the 3% penalty is retained.

An employer’s late-filing fee is equal to 10% of the contributions due, but not less than $5 for each failure. However, upon timely application and payment of $25, the time for filing any report may be extended thirty days.

Quarterly wage and contribution report, Form ES-903A, together with a check or money order, must be mailed on or before the last day of the month following the end of each calendar quarter, except in the case of an employer who relocates from the state or discontinues or transfers its business, in which case the report is due within thirty days. If the required report for any calendar quarter is not filed within ten days after the due date, a penalty of $50 is incurred. If contributions due on such reports are not paid within the ten days, an additional penalty of 5% of the amount due (but not less than $25) is incurred.

Failure to file or late filing penalty is assessed if the NYS-45, including NYS-45-ATT is not received by due date.  The penalty is the greater of $1,000 or $50 times the number of employees shown on the last quarterly return you files (estimated if you filed no reports); the maximum penalty for any calendar quarter is $10,000.

Failure to file a contribution or wage report on the due date subjects the employer to a forfeiture of .25% of the total remuneration paid by the employer, with a minimum of $30 and a maximum of $500. The interest rate on unpaid contributions is 14%.

Employers who fail to file reports or who file incorrect or insufficient reports may be liable for double their contributions. Failure to file a wage or contribution report within fifteen days of demand incurs a penalty equal to 10% of the contribution amount due, but not less than $25 or more than $1,000.

Employers are fined interest at 0.5% per month or any portion of a month from the due date for late payment. Penalty is charged at the rate of $10 per month or any fraction thereof up to a maximum of $50 for late submission of report.

Employers who fail to file wage reports may incur:

Failure to timely file subjects an employer to a penalty of 5% of contributions for each fifteen-day period or fraction thereof, but not more than 25% or less than $25. Failure to timely pay the amount due will also result in a penalty equal to 5% of the contribution due. False representations will incur a fine, imprisonment, or both.

The employer’s payroll and tax reports are due quarterly on or before last day of the following month, except for state employers and nonprofit organizations electing reimbursement financing. Employers must pay a $75 penalty for late filing.

For more information and to learn how GTM can help household employers with this issue, please contact us today at (888) 432-7972.